Perhaps the oldest house in the United Kingdom is the Knap of Howar on the Island of Papa Westray in Orkney, Scotland. It’s a Neolithic farmstead which is said to be one of the oldest preserved stone houses in northern Europe that are still standing. Radiocarbon dating shows that the home was occupied at some point during 3700 BC and 2800 BC. Although that’s a large range of years, it gives us a rough idea of just how old this structure is and it’s amazing that it’s still standing.

In fact, most of the building is still intact. You can still get a rough idea of how life was like several thousand years ago with fireplaces, beds and even storage shelves still mostly intact. There were no windows, but there were presumably holes above the fireplace to let the smoke out. There’s also evidence that shows the inhabitants were keeping cattle, sheep and pigs, most likely also cultivating crops on the land around them and also fishing from the nearby sea.Fin out more about this unique building by clicking here .

The Barnhouse Settlement is another site in Orkney, Scotland. It was discovered in 1984 and excavations were performed between 1986 and 1991. Over that period of time, it unveiled 15 different free-standing houses that had central hearths, beds against walls and even dressers made from stone. The excavators even found grooved pottery and stone tools.

The houses surrounded an open central area that seemed to be used for making pottery, working bones, flint and hides. There’s also evidence to suggest that during 2600 BC, the Barnhouse Settlement was abandoned with tools left around in haste.

The Roman Painted House is one of the best-preserved Roman houses in the United Kingdom. It was discovered during the construction of a street bypass in the 1970s, and it led to an eight-week excavation. Archaeologists discovered the foundations of a Roman home and are believed to have once served as a hostel for government officials that was built in c. 200. The Roman Painted House has personally been visited by the Queen Mother who signed a specially-presented guestbook.

Unfortunately, the lack of funding has caused many in the local area to be concerned about the future of the Roman Painted House.

The Jew’s House is one of the earliest townhouses in the United Kingdom and can be found on Steep Hill in Lincoln. It was seized in 1290 when the entire Jewish community was expelled from England and since then, it has been in almost permanent occupation. It has been used as a restaurant and also an antique shop.

Jew’s House is built in a Romanesque style with much of its old architecture still intact, such as the remains of two double-arch windows and the stonework of the upper story. 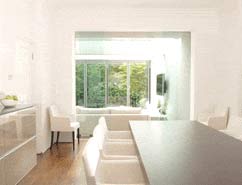 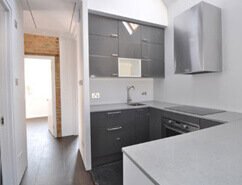